"A Tribute To Courage" 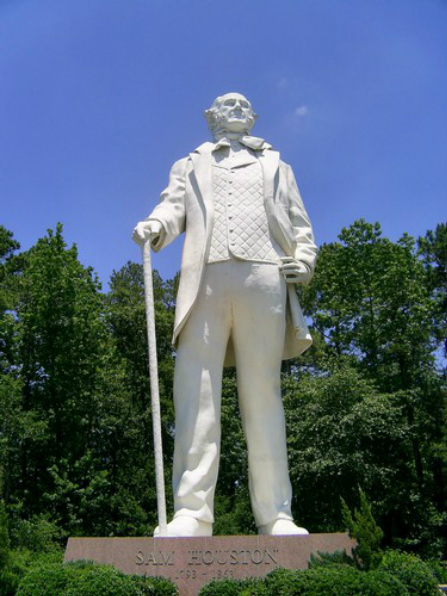 Sam Houston Statue Huntsville, Texas
Photo Credit
In 1994, the City of Huntsville dedicated a memorial to Sam Houston titled “A Tribute to Courage”. Towering 77 feet over the busy Interstate 45 in the pine-clad East Texas countryside, this monumental statue is one-of-a-kind work that embodies the tallest likeness of any American hero in the world. It also is also considered to be the second tallest free-standing statue in America after the Statue of Liberty. This striking pose of Sam Houston was constructed over a three year period using over 60 tons of concrete.  The statue presents an impressive and overwhelming historic work of art which can be seen from miles in the distance. 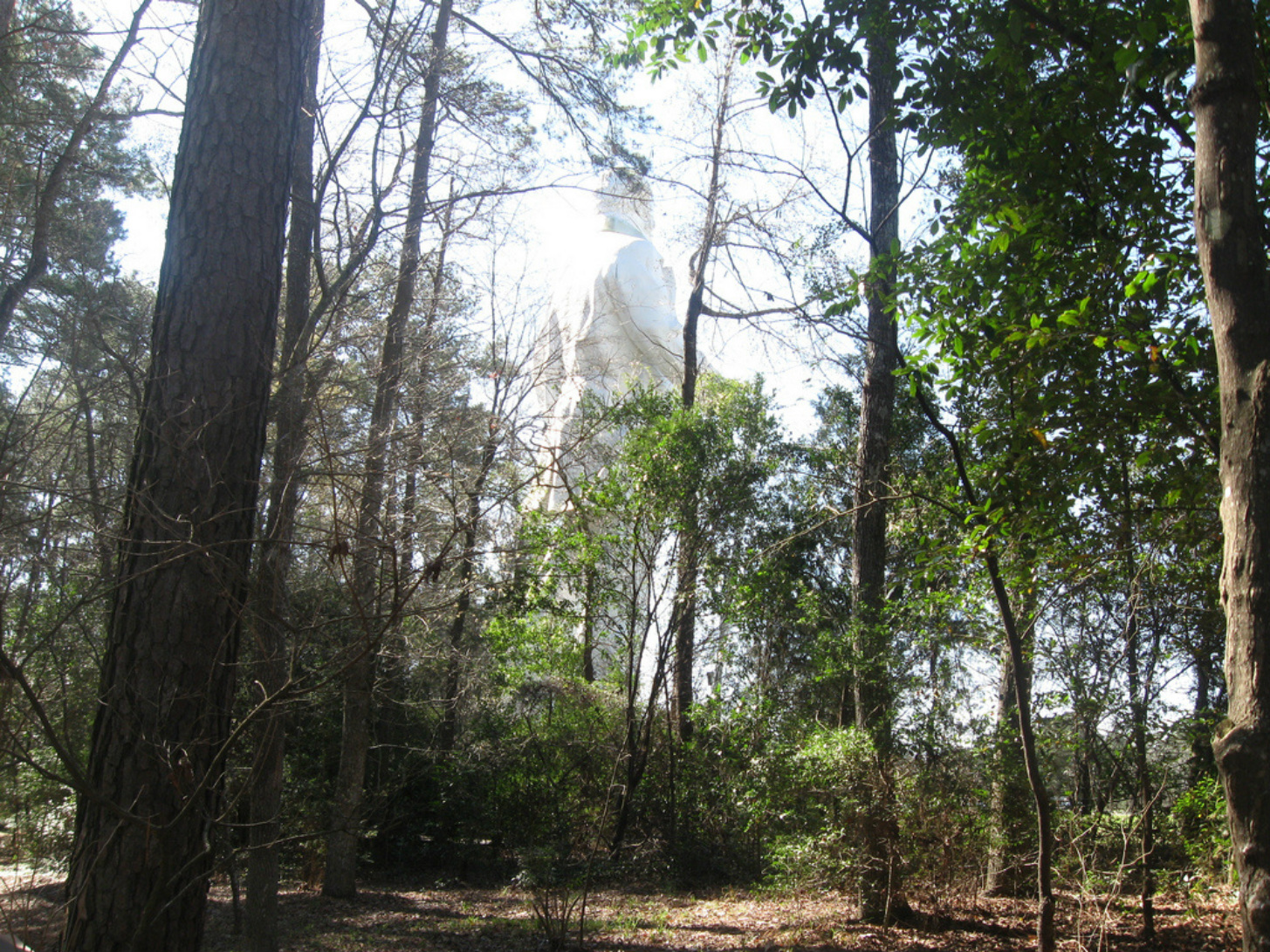